The neighbourhood
and its friendly residents

Completed in 1936, Grev Tureplan was built by the architect Gustaf Clason for “Städernas allmänna brandstodsbolag”. The property is easily characterisable from its austere neo-classic architectural style of “Swedish Grace”, dating back to the 1930s. Back then, the area was already full of life and served as a hub for culture and innovative business. One of the earlier businesses in the building included Spegeln, one of Sweden’s first cinemas.

Surrounded by The Royal Dramatic Theatre, Nybrokajen, Stureplan and Riddargatan, the area where Strandvägen and Birger Jarlsgatan meet has always radiated optimism and a strong belief in the future that dates back to the Stockholm Exhibitions of 1930 and even of 1897. It has always been an intersection of worlds, drawing people with its timeless allure. Thanks to that, Grev Tureplan has been recognized by the Stockholm City Museum as a building of great historical, cultural, environmental and artistic value.

The neighbourhood is situated between two grid systems that were developed in the 1630s and that still dictate the neighbourhood’s shape and size. A place that encourages meetings, innovation and development, all of which Grev Tureplan will continue to honour and promote. Sustainability, optimism and new ideas for reusability and longevity are all things that have been built into the building’s foundation since the beginning. 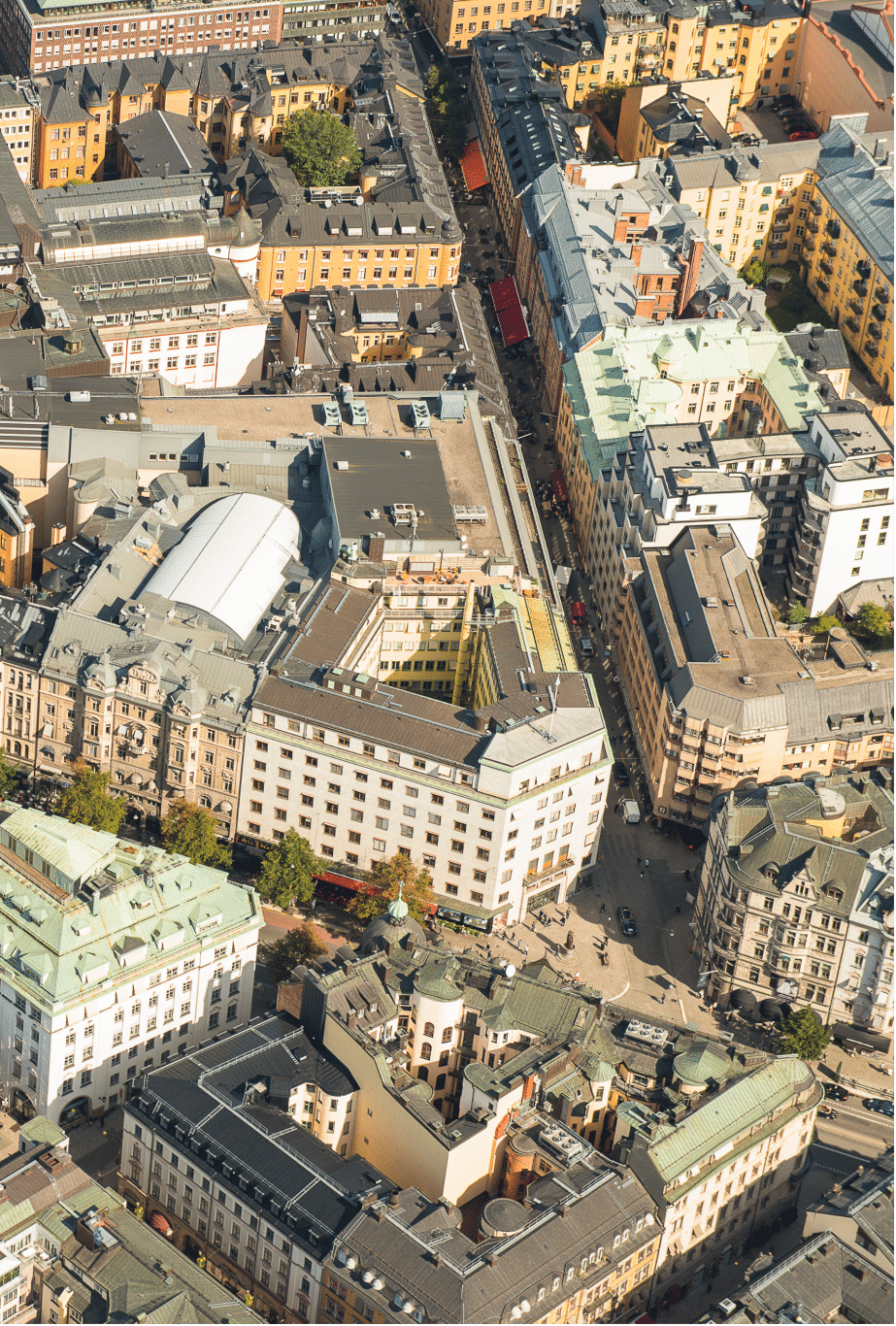 The neighbourhood and the area around Stureplan, which were built up in the 1890s, are a clear reflection of the late 19th century urban design ideal. Grand flats built atop the finest boutiques and shops located at street level. No building was complete without detailed trimming, and marble was the material of choice. Among this neighbourhood’s newest amenities, the tram, extravagant business buildings and luxurious spas. Despite its altered use over time, the neighbourhood’s unusually large size, depth and style have still kept their architectural features.

The Stureplan that we know and love today made its mark during the 19th century thanks to the National Library of Sweden in Humlegården and all of its adjacent streets in all their grandeur. Sturegatan was officially named after the statesmen Sten Sture the Elder and Sten Sture the Younger, and Birger Jarlsgatan after the city’s founder, Birger Jarl. Shortly thereafter, the successful retailer, Karl Magnus Lundberg, decided to relocate all of his business within reach of Sturegatan, and Stockholm’s very first department store opened its doors. Later the department store was moved to Kungsträdgården and renamed Nordiska Kompaniet, or NK for short. Thanks to its allure for businesses and people alike, Stureplan quickly transformed into the popular commercial centre that it is today.

In 1930, the Osterman marble halls were described as “Europe’s most elegant and perhaps largest automobile showroom”. Large portions of the interior were gilded in green Kolmård-marble and the floor was laid with dual-coloured marble tiles. Much of the elegant interior has been preserved and is still there today.

Completed in 1885 by the architect Carl Curman, Sturebadet has been a sanctuary of health since its inception. Nestled in the heart of Stockholm, Sturebadet is considered the crème de la crème – a spa whose renown is matched only by its historical elegance.

Tap twice to zoom in or out 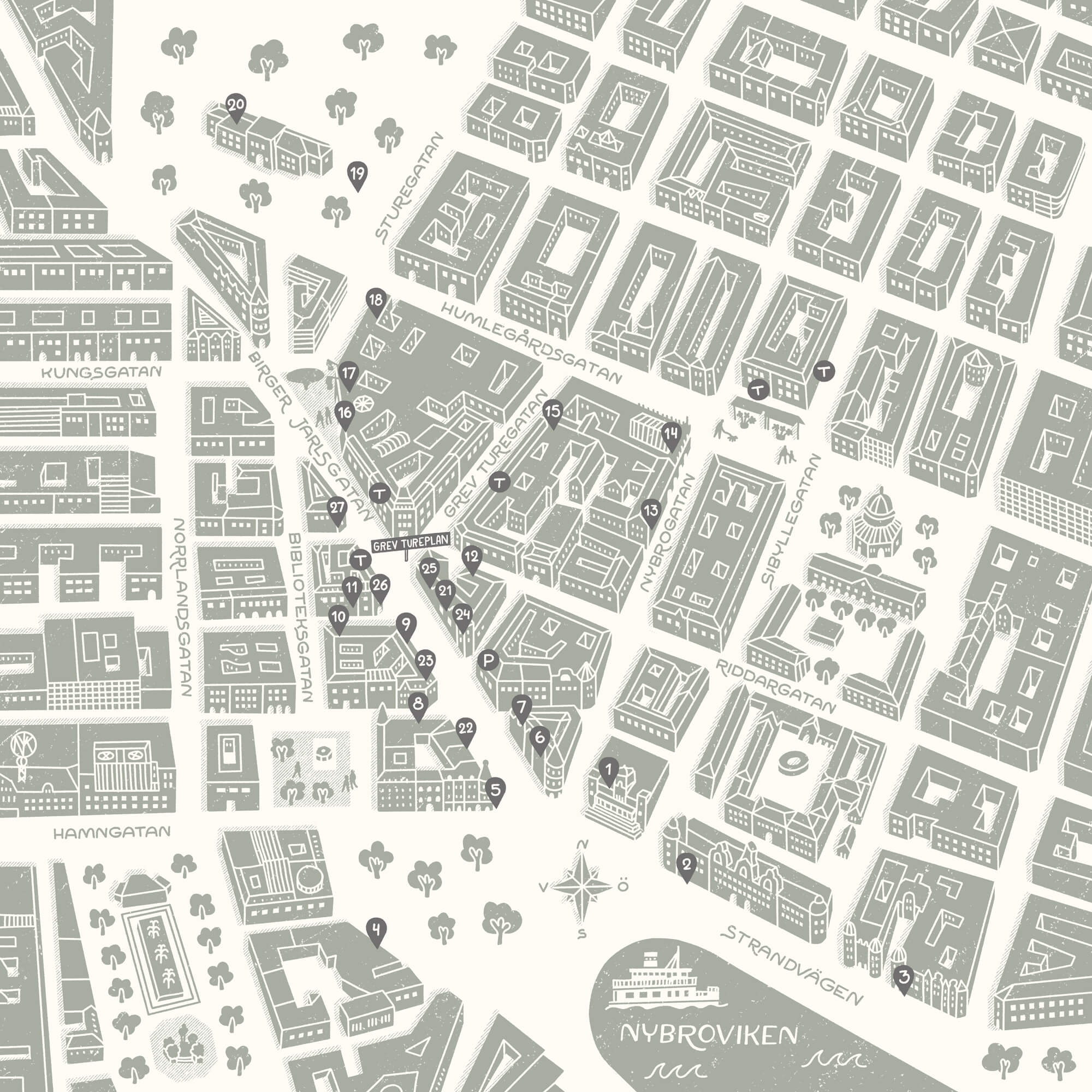